- February 02, 2023
I have a new book to read for the book club: The Talented Miss Farwell by Emily Gray Tedrowe. It's a pretty good book. I'm only on page 83. Emory and I spent the day doing our daily walk and I asked him to go into a few thrift shops to look at puzzles. The first shop had 1 of the puzzles on my wish list and the second shop had 2 on my wish list. So I ended up buying two puzzles on my wish list and two that were not on my wish list but looked cool to do. I sent the pictures to Anne and she's already got them on her to do list. I think the official term for this is "Dibs" 😂 Emory and I decided to walk to the store so on our way, we stopped at 7-Eleven and he got a lottery ticket and then we got to the store and I got a movie "Violent Night" which was pretty good. It's violent but also funny. Reminded us a lot of "Die Hard" but with Santa Claus. Good for people who like the action and we were watching the commentary so it sounds like stunt pe
Post a Comment
Read more

- January 23, 2023
I met a lot of lovely women at the book club. We talked about the book (of course) and then we just chatted over muffins and parfaits and fruit. There was other food there too, but it wasn't vegan so I didn't partake. It's nice being part of an all female group to just chat. One of the women loves puzzles too so we might start exchanging puzzles with her. YES!!! I love puzzles right now.  It stopped raining so Emory and I ventured out a little. We went food shopping which we desperately needed to do because our fridge was down to the nitty gritty of condiments and a few herbs.  We've been watching a Drink Masters show about cocktails paired with food and we decided to play a little with our food. We had to get bourbon which I've never drank so I don't know if I'll like it and we found a maple bourbon chili recipe that we're going to try. I'm a little nervous. He is too. He asked what we would do if we don't like it. I said we'll take it to th
Post a Comment
Read more 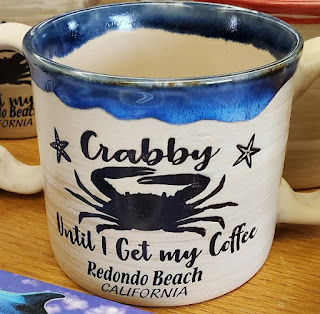 We went to the beach for the weekend and it rained so hard. We were in a good place in the middle of everything so we walked down to the dock and got drinks, then walked back to the restaurants and got tofu bowls. The rain got worst and the wind was pretty rough so we ended up going back to the condo and played with a puzzle. It took us a few hours to get the 500 piece puzzle put together.  My brother gave me a 12 Days of Coffee calendar and I'm drinking the candy cane coffee right now. I was a little afraid of having mint in my coffee but it's not bad. Actually, I sipped it and said, "Mmm, candy cane," and Emory laughed because I kept saying that with every sip. So it's good. I'm so excited for the coffee I got for Christmas. I love my coffee.  I saw these mugs at the beach! So cute and if we needed another mug I'd totally have bought it. I'm a sucker for coffee and coffee mugs. I'm drinking tea right now in a mug my mom gave me that belonged to m
Post a Comment
Read more 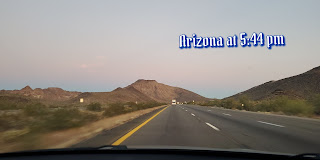 There have been "atmospheric rivers" out here in California, but higher north. One of our lakes is 34% higher in water level which we need because our droughts have been so bad that a news article read that we were running out of water. The mountains have been getting a lot of snow so that's good because I believe that's how we get our drinkable water.  Arizona at Christmas Time I love this picture because it has the sunset and the mountains and the drive. It was a beautiful drive that I think we'll be taking again real soon. I've been reading for book club, but I don't know if I'll get far along in the book before the meeting. It's so outside the norm of what I usually read and I'm not use to all those flashbacks. Usually the stories I read give tidbits of the past but everything is happening in real time. This story is mostly flashbacks and I can't tell right away if we're in "real time" or the "flashback." Fun. Em
Post a Comment
Read more

- January 01, 2023
Book Club: The Four Ms Bradwells by Meg Waite Clayton Happy New Years! We stayed home this year, but Darleen and Mr. M went to play poker at a friend's house and Sue stayed in watching a Netflix series. Ann and John went dancing and Rose went to a pajama party. She's a graduated woman so the pajama party probably had some liquor too. 😁 Emory and I put together puzzles and watched Disney movies until 12:00am and then we opened our door and listened to people shout and fire off the fireworks. When I was a child, we would take pots and pans outside and bang them yelling "Happy New Year" but since we live in a community, we decided not too, but people were shouting all around us. It was fun. I'm on the group text between two communes so my phone was blowing up. That was fun. This morning it's the same thing, except a third commune opened the group text chat. Today had a theme, send pictures of the food you're making to celebrate the New Year. I posted a pictu
Post a Comment
Read more

I had such a great time in Arizona! I think the weather was about 70ish, (maybe a little higher) and no coats were needed. Darleen sent pictures of the Porter commune with everyone lounging on the deck. I guess I could have sent her a picture of us at the pool. There were a lot of people with gifts at the mantel. I love watching people unwrap gifts. Ann gave us this ball that floats in the air with a little motor. It's really fun and we had a great time playing with it. She also gave the same gift to Steven and to some young adults at another household.  Farmer Bill made his own spicy cooking oils to cook with and gave me a jar. He said it's really hot so to proceed with caution. I stuck it in my purse and then when we were heading over the California/Arizona boarder, I told Emory we had contraband. 😂 I'm just wondering how hot did he make this because they don't horse around with their hot sauces at that commune.  Steven eats hot sauce. Maybe I should have left a litt
Post a Comment
Read more

We brought all the gifts from the Porter commune to take to the Glendale commune and then Sue called and wanted me to bring a few of the gifts back up. They want to open presents between us. I got everyone something small but useful. The biggest box on the bottom of that pile is stuffed full of gifts for the Glendale commune from the Porter commune. Emory and I hauled most of the Porter communes gifts up in November. Emory and I have our own huge box for the Glendale/ Scottsdale/ Chandler communes. It's fun! 😊 I celebrate Santa Claus and Yule! Sue gave me a sweater! It's so pretty and feminine. She gave Emory a gift card to the car wash which he loves! I was pretty excited on that one when she told me she was thinking about giving it to him. She also gave us coffee! I love coffee and I can't wait to drink this! Which won't take too long because I drink about 4 to 5 cups of black coffee a day. I'm not into cream and sugar. I do think I might have a coffee addictio
Post a Comment
Read more
More posts

"They thought you could see life through books but you couldn't, the reason being that words got in the way." -Terry Pratchett

Girls will be boys, and boys will be girls
It's a mixed up, muddled up, shook up world
Except for Lola 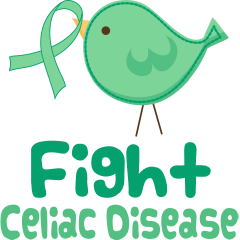 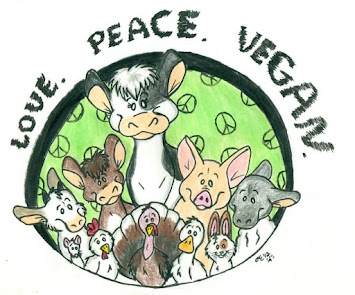